Arts Blog | The Sounds of Silence 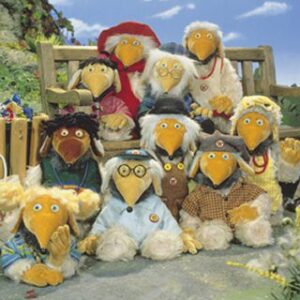 The Sounds of Silence

Most people have heard of John Cage (1912-1992), intrepid musical explorer & innovator, seminal influencer of rockers as disparate as Frank Zappa & Paul McCartney.  In fact, Zappa said that “Without John Cage, much of what happens in modern music and art would not be possible.”

But not everyone was a fan.  Acclaimed music critic Virgil Thomson (1896-1989), considered Cage’s effect to be more pernicious, an attempt to destroy the “beauty and distinction” of the music of “Renaissance and post-Renaissance Europe.”  Cage delighted in noise, & in a 1937 manifesto, he proclaimed that he believed that the “use of noise to make music” would continue & increase.  In this he was following in the sonic footsteps of the Italian Futurists, active primarily between the time of the two World Wars, who advocated speed, technology, & the restructuring of life.  Yes, Cage experimented w/ sound, but he also experimented w/ silence.

Many people have “heard” Cage’s famous “song,” 4’33”, written in 1952.  What this entails is four minutes & thirty-three seconds of silence, “played” on any instrument.  In live performance, the pianist or cellist or whatever, would sit w/ his or her instrument in silence, the only sound being a cough or some foot-shuffling from the audience or perhaps a bird outside the window or a wayward breeze rustling the curtains.  Exactly four minutes & thirty-three seconds later, the audience would clap & shout “Bravo!” after the performer had presumably bowed or otherwise indicated that the “song” was done.  This innovation had its many proponents & opponents. But not many people know the next chapter in this story.

Enter Mike Batt (1949- ).  Batt has been a prodigious musical force in the UK for a half-century as a musician, singer-songwriter, record producer, director, arranger, & more.  He was also the musical force behind The Wombles, a sort of UK version of Sesame Street.  (Wombles are cute, fuzzy creatures who “Trundle the litter away,” according to the song, very much favored by my kids when they were young.)  In the very early 2000s, Batt wrote & recorded a song titled “A One Minute Silence.”  The problem was, he credited the composition to Batt/Cage out of deference to 4’33”, written 50 years earlier.  However, this allowed the John Cage Trust to litigate against Batt for royalties, since Cage was listed as co-composer.

Now, I’ve heard several different accounts of this story.  One is that Batt had bought the copyright to all the silent “songs” from one second to ten minutes in length, excluding the 4’33”.  That would allow him to sue for copyright infringement if anyone playing the 4’33” went over or under the allotted time by even one second.  Of course, this was a jest.  Another version of the story attests that Batt was somehow required to pay 100,000 English pounds to the John Cage Trust.  This never happened, according to Batt, who says that he gave the Trust 1,000 quid as a donation which ended the matter.

And the Truth of this curious story?

Well, as is well-known, Truth is often silent.