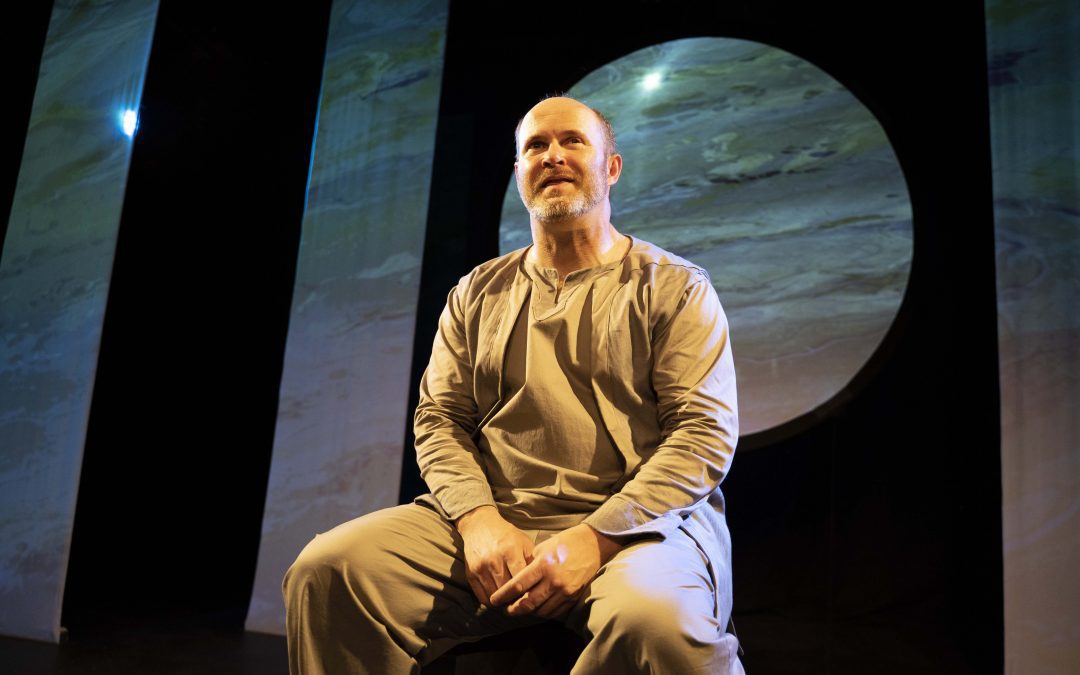 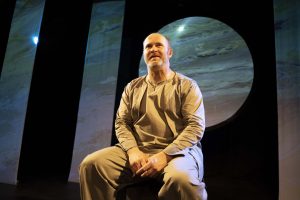 JB: So, how did your career get started?  Was it a role back in school?
AT: I definitely got my start there.  My first stage show was “Teen: The Musical” in 8th grade at AA Kingston Middle School in Potsdam.  I think someone either dropped out or they needed one more chorus person, so I was invited to join the cast.  It was great fun, and, although I didn’t know it at the time, a great first step in becoming a performer.  Honestly, I was really quite shy, but I covered it at times by being a show-off!  I was too scared to audition for the show at first, and I credit my family, especially my mother, for encouraging me to join the cast later.  I’m certainly glad I did, because it whetted my appetite for more.  I think we forget sometimes how important those formative childhood experiences are.  After that, I performed in the school musical every year until I graduated, and continued performing and studying theater in college.  However, I never took it seriously as a career until my early twenties, when I found myself living and working in Tokyo, of all places.

JB: Japan?  Wow.  Tell me about that experience.
AT: I had studied in Japan briefly in college, and was keen to return there after graduating.  My “Grand Plan” was to teach English and study Japanese there for a year until I could return to the States and earn a graduate degree in Japanese Studies.  However, six months into my time there, I realized I was enjoying it too much to leave!  It took a little while to figure things out, but I ended up making a living in Tokyo in English-teaching voiceovers, radio and television programs, in addition to performing community and semi-professional theater with fellow expats.  I even performed in a couple of musical showcases on a Japanese cruise ship over a three-month period—something I never imagined doing when I first arrived.  I had been so sure of my path when I got there in 1991, but I’m happy things worked out the way they did.  I like to say that it took “four years and 10,000 miles” for me to figure out I wanted to be a professional actor.

JB: That’s a fantastic experience.  And that’s the second time you’ve mentioned musicals.  Do you sing—or play a musical instrument?
AT: My grandfather gave me my first music lesson, on clarinet.  I played that for a couple years before switching to trumpet, which I played throughout high school.  But, I think singing always felt more natural to me.  I was in choral groups throughout my school days, and I studied voice quite seriously for several years, during and after college.  Now, my vocal warm up is an integral part of how I prepare before going on stage, whether or not a role requires singing.  It’s a way for me to connect with myself as well as to get energized and focused for a performance.

JB: What was your first professional role as an actor?
AT: I think my first pro gig was in Tokyo for NHK Educational, the language-teaching division of NHK, or Japan Broadcasting Corporation.  I was hired as a voice actor to record conversations for an English-teaching radio program.  The serialized dialog gave the listeners a story to follow as well as material for the weekly grammar and vocabulary lesson.  That job led to others with a similar format: Conversations or on-camera sketches from actors provided the basis for lessons that would be led by either a Japanese educator or an American teacher fluent in Japanese, paired with the show’s host. 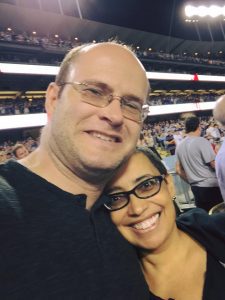 JB: What was your first acting job in the States?
AT: My first gig in Los Angeles was quite an experience.  I had been auditioning fairly regularly through most of 2005 before I finally broke through that fall on a new Fox buddy dramedy called “Head Cases”.  Three or four episodes had already been completed when my rep called to give me the good news that I had booked a co-star role on the next one.  I was both thrilled and relieved!  My wife and I had moved to LA so that I could pursue on-camera work, so it felt incredibly validating to get that call.  My euphoria was short-lived, however, as my manager called back an hour later to tell me the gig was off!  The show had been cancelled that same day by the network after airing only two episodes.  I couldn’t believe it!  “Welcome to Hollywood,” I thought.  But, I knew there was nothing I could do about it except keep going and be ready for the next opportunity.  That was a good lesson to learn.

JB: Now I want to talk about Jonathan Livingston Seagull by Richard Bach.  When did you first read that book?
AT: I was twenty-six, and had known of the book for a few years.  Several friends had recommended it to me, and so I finally borrowed a copy.  I devoured it!

JB: When were you first inspired to turn it into a one-man show?
AT: I had seen a number of one-person shows in New York and Los Angeles, and by 2008 the challenge of creating my own full-length solo performance had gotten a hold of me.  However, at the time I didn’t feel capable of creating one from scratch, so I began researching source material to adapt.  I had been reading Jonathan Livingston Seagull out loud to folks for years—taking after my father, who had read to me and my brother many times when we were kids.  Richard Bach’s novella seemed a perfect fit: The book wasn’t overly long, and the original 1970 edition had a three-act structure which I thought was ideal for the stage.  (Note: A 2014 re-release of the book included a long-lost 4th section, which I didn’t feel was necessary to include in my version.)  I began tinkering with the first part, which ran about 20 minutes.  I performed it as a staged reading for the first time in 2009 at a theater showcase in LA, and the response I got was enough to convince me to continue adapting the rest of the book.

JB: What intrigued you about the book so much that you wanted to share your hard work and inspiration with others?
AT: There is a delightful relatability in the way Richard Bach tells Jonathan’s story.  His youthful, daredevil passion to learn all he can about flight becomes a life-long journey of self-discovery.  I think anyone who has faced personal demons—who has struggled to express their best and truest inward parts—can see themselves in him.  There is a strong spiritual and metaphysical theme to the story which I feel Bach presents in a down-to-earth way that never becomes preachy.  The story’s focus is always on how Jonathan, and later his students, strive to stay true to themselves in the face of their own self-doubt and society’s judgement.  It is easy to become jaded and cynical in life, especially today, which is why I feel the book is more relevant than ever.  We need compelling stories that uplift and transport us, at least for a little while, and Jonathan Livingston Seagull does just that.

JB: You’re right that we need uplifting & transporting—especially now.  I’d like to talk more about your show, but right now we’re out of time.  But I do have tickets for the Friday, August 12th performance.  As a closing remark, why don’t you tell us how you feel about performing this show in your hometown of Potsdam, New York.
AT: I’m overjoyed!  It’s a dream come true, but also a bit surreal.  The last time I performed in Potsdam was 1987 as a chorus member in Music Theater North’s South Pacific.  There will be friends and classmates at the show who’ve known me since I was eleven years old!  So, I’ll be performing for family, really.  I only wish my parents could be there—I know they would be delighted.  They were both artists and staunch supporters of the arts in Potsdam.  And, they always encouraged me and my brother in whatever we wanted to pursue in life.  Every moment on that stage will be a tribute to them.

*Andrew Thacher lives in North Hollywood, California, with his wife Kelly and cats Stanley and Sofia.  (He was a dog person growing up, but Kelly has managed to convert him.)  He has studied Shakespeare in London, rubbed shoulders with Kabuki stars in Tokyo, and assisted with mink vaccinations in Denmark (and has the scars to prove it).  You may have glimpsed him on TV here and there (find him on imdb.com) and you can catch him next on September 28th in Netflix’s Blonde.  (At least, he hopes so—he’s in the trailer!)  Andrew is also proud of his work in Audio Description, recording narrative tracks that aid those with sight impairment to more fully experience the films and shows they love.

You can see his show Jonathan Livingston Seagull: A Solo Flight at SLC Arts’ Creative Spirit Community Arts Center on Friday, August 12th, 2022 at 4 PM and Saturday, August 13th at 1 PM. Visit slcartscouncil.org/soloflight for more information and to buy tickets.